Piccard Season 1 may have come to an end but we’re all looking ahead for season two. Let’s dig into what we know the biggest questions, and our top theories and predictions for the second season. So Today i am gong to tell you about the Star Trek Piccard Season 2.

Season 2 has officially been confirmed, as it was renewed for second season way before the first season even premiered.

According to the Hollywood Reporter, ‘’The show has already received early orders to begin work on season three, which will likely be filmed back to back with the sophomore season.’’ Piccard Season 2 will have ten episodes but the release date is still to be determined.

Picard Season 2: Guess! Who is returning?

During its promotional tour, the lead actor Patrick Stewart visited the American talk show, the View, and invited its co-host Whoopi Goldberg to be the part of Picard Season 2  and she agreed on live television.

Goldberg played Guinin on the Star Trek’s franchise of The Next Generation, who is a bartender in the Ten-Forward lounge aboard the star ship USS Enterprise-D.

Guinin had a close relationship with the Picard which according to her went beyond friendship and family. She often advised him in times of trouble and they even fenced together.

Picard showrunner Michael Chabon said that the Seven of Nine will be part of season 2. Fans will be happy to know that Jerry Ryan will be back. We don’t know how big of a role she will have. But, when we last saw her, Seven was feeling remorse about seemingly killing Marrissa out of revenge. She left cap Elias with the crew of La Sirena.

There was even a brief scene of Seven holding hands with Rafi at the end of the season finale. So we have to wait and see if that relationship is developed next season.

Will other The Next Generation characters appear in Picard Season 2? During the TCA’s winter press tour Patrick Steward said, ‘’ It is my hope that whenever the series wraps, we will have encountered all the possible actors from the Next Generation.’’

In season one, we saw Data, Wil Wheaton and Diana Muld make appearances, so which characters will be seen next season?

Besides Guinin, who we previously mentioned, we are hoping Worf, Beverly Crusher and GeordiLaForge will make cameos as well.

There is an endless supply of questions fans have for Picard Season 2. One of the major questions is whether we look for any possible connections to the third season of Discovery?

With Star Trek’s Discovery third season on the horizon, the plot points in Piccard may have set the stage for –

What we can expect to see in the far-off future that Burnham and the crew have been flung into?

Whether the Federation may no longer a major force in the galaxy?

In the final moments of the Picard season one, the Eleanor and Seven of Nine are back aboard La Serenity and join the Picard’s team for the next adventure. It’s a great scene, but there’s one problem!

What happened to the crash Borg Cube ship and all the XPs left on it?

We could all assume that Alton Soong and his inhabitants of the planet Cap Elias could easily take the XPs and provide them with food and shelter.

This still leaves a major question about the state of the Burg Cube and what the Federation or the Romulans will do with it.

What are your theories for Picard Season 2? Let us know in the comments below! 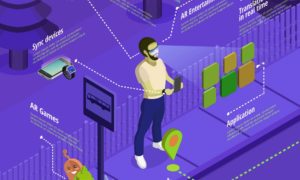 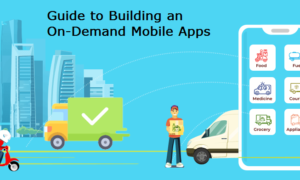